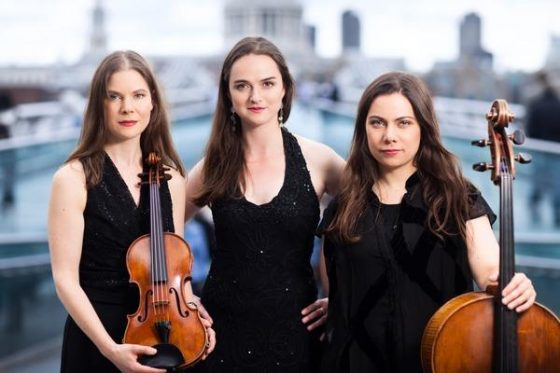 Recognised for their powerful interpretations of new as well as established repertoire, the Lawson Trio has appeared at major venues including London’s Wigmore Hall, Kings Place, the Southbank Centre and at many UK music societies and international festivals. Live concert broadcasts have included BBC Radio 3’s ‘Live in Concert’ and ‘In Tune,’ programmes. The ensemble has been selected as a featured artist by the Park Lane Group, Making Music’s Concert Promoters’ Group, Music in the Round, Concordia Foundation and CAVATINA Chamber Music Trust, giving season highlight concerts at the Wigmore Hall for Park Lane Group and CAVATINA. In July 2011 the Trio travelled to Australia as one of 8 successful piano trios from international auditions, to compete in the final rounds of the Melbourne International Chamber Music Competition, which was broadcast live on Australian radio. They were also the first piano trio to be offered a Britten-Pears Residency as part of the chamber music programme at Snape Maltings.

Keen to devise their own projects as well as commission new music, their recent commemorative project, ‘Echoes of World War One’, saw the Trio curate collaborative concerts at London’s King’s Place and The Forge and lead educational workshops and concerts at institutions including the Junior Royal Academy of Music and Wells Cathedral School. The ensemble’s debut CD ‘The Long Way Home’, which features four of their own commissions,
met with critical acclaim, receiving a five-star review in BBC Music Magazine.

Not just formidable musicians, they are questing spirits who have shown a rare commitment to the creation of new music…
BBC Music Magazine