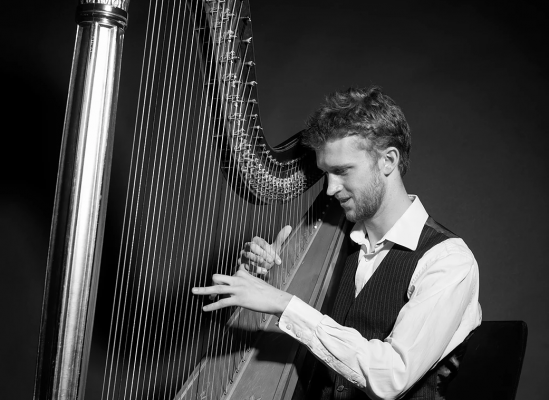 Oliver became the first harpist ever to win the Guildhall Gold Medal and went on to win the Suoni d’Arpa International Competition in Italy.

He made his Wigmore Hall debut in 2016, where he was praised for his “tremendous dynamism” and gave his Purcell Room debut in June 2018. He will make his concerto debut with the Philharmonia Orchestra later this year.