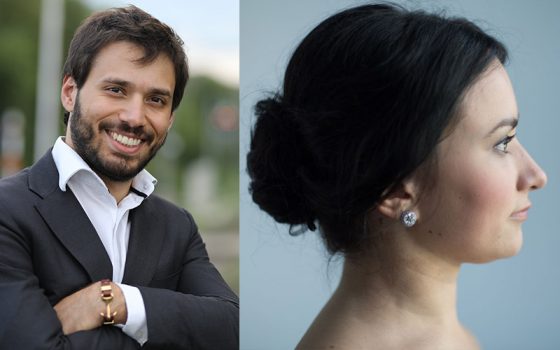 Swiss cellist Timothée Botbol and Ukrainian pianist Dinara Klinton return by popular demand after last season’s electric concert. Here they explore music from France looking back briefly to the 18th century with character pieces by Rameau before catching the late 19th century with Fauré and coming to the early 20th century with one of Debussy’s final works. The concert ends with this season’s featured composer’s sonata completed after the war in 1948 and dedicated to its first performer, the legendary cellist, Pierre Fournier.