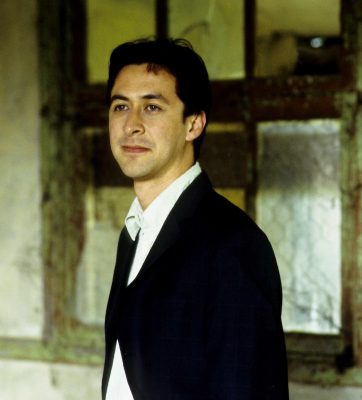 Tom Poster studied at the Guildhall School of Music and Drama and King’s College Cambridge. He won First Prize at the Scottish International Piano Competition 2007, the Ensemble Prize at the Honens International Piano Competition 2009, and the keyboard sections of the Royal Over-Seas League and BBC Young Musician of the Year Competitions in 2000. Since his London concerto debut at the age of 13, Tom has appeared in a wide-ranging concerto repertoire of over 40 major works, ranging from Bach to Ligeti with orchestras including the Scottish Chamber Orchestra, the BBC Philharmonic, the BBC Scottish Symphony and the China National Symphony Orchestra. Tom features regularly on BBC radio and television and has made multiple appearances at the BBC Proms. Alongside many solo recitals in the UK and abroad, he is in great demand as a chamber musician appearing at the Concertgebouw, Wigmore Hall and the Aldeburgh, Bath and Cheltenham Festivals with the Aronowitz Ensemble and collaborating with Alison Balsom, Ian Bostridge, Laura van der Heijden, Steven Isserlis, Guy Johnston and Huw Watkins. Tom is a regular guest at numerous chamber music festivals and has recorded three discs for Chandos with Jennifer Pike and the Doric Quartet; two discs for Sonimage with the Aronowitz Ensemble; works by Thomas Ades for EMI; piano transcriptions for Decca Classics; and a critically-acclaimed debut solo CD, In Dance and Song, for Champs Hill Records. His first album for Edition Classics, Light and Shadows, was released in June 2015. He also regularly features as soloist on film and television soundtracks, including the Oscar-nominated, Golden Globe-winning score for The Theory of Everything.

His versatility and unerring sense of what works best marks him out as a musician’s musician.
Musicweb International