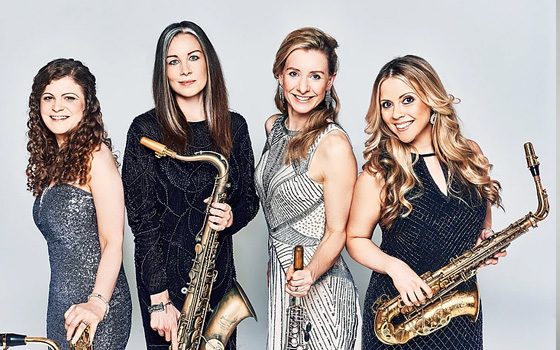 Marici Saxes are alumni of the Guildhall School of Music and Drama and the Royal Northern College of Music. They have, individually, performed with such diverse luminaries as Sting, Seal and Ben Howard, and with esteemed ensembles including The BBC Concert Orchestra, The Mariinsky Theatre Orchestra and The Royal Philharmonic Orchestra. It is with this wealth of experience that Marici Saxes have united to form an exciting and vibrant ensemble. In September 2017 they released their first recording, Light, featuring a diverse and eclectic range of music. some of which features in this concert and takes us from Michael Nyman’s re-invention of Purcell to Rodney Bennett’s music based on Playford’s Dancing Master.