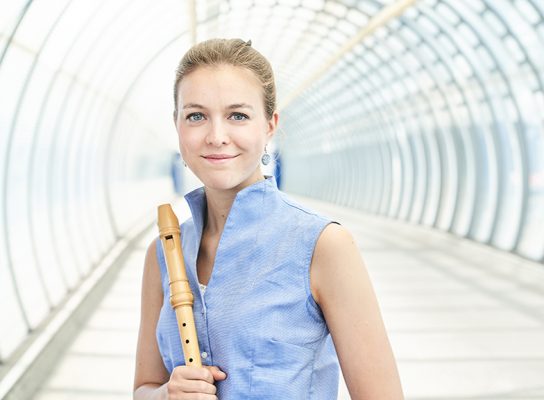 Described by Classic FM as challenging perceptions of the instrument, Tabea is constantly exploring the horizons of music for recorder and has performed widely in Europe, Asia and the USA. As a soloist Tabea has appeared with the English Chamber Orchestra, WDR Rundfunkchor at the Funkhaus in Cologne and with Camerata Zurich at the Tonhalle in Zurich.